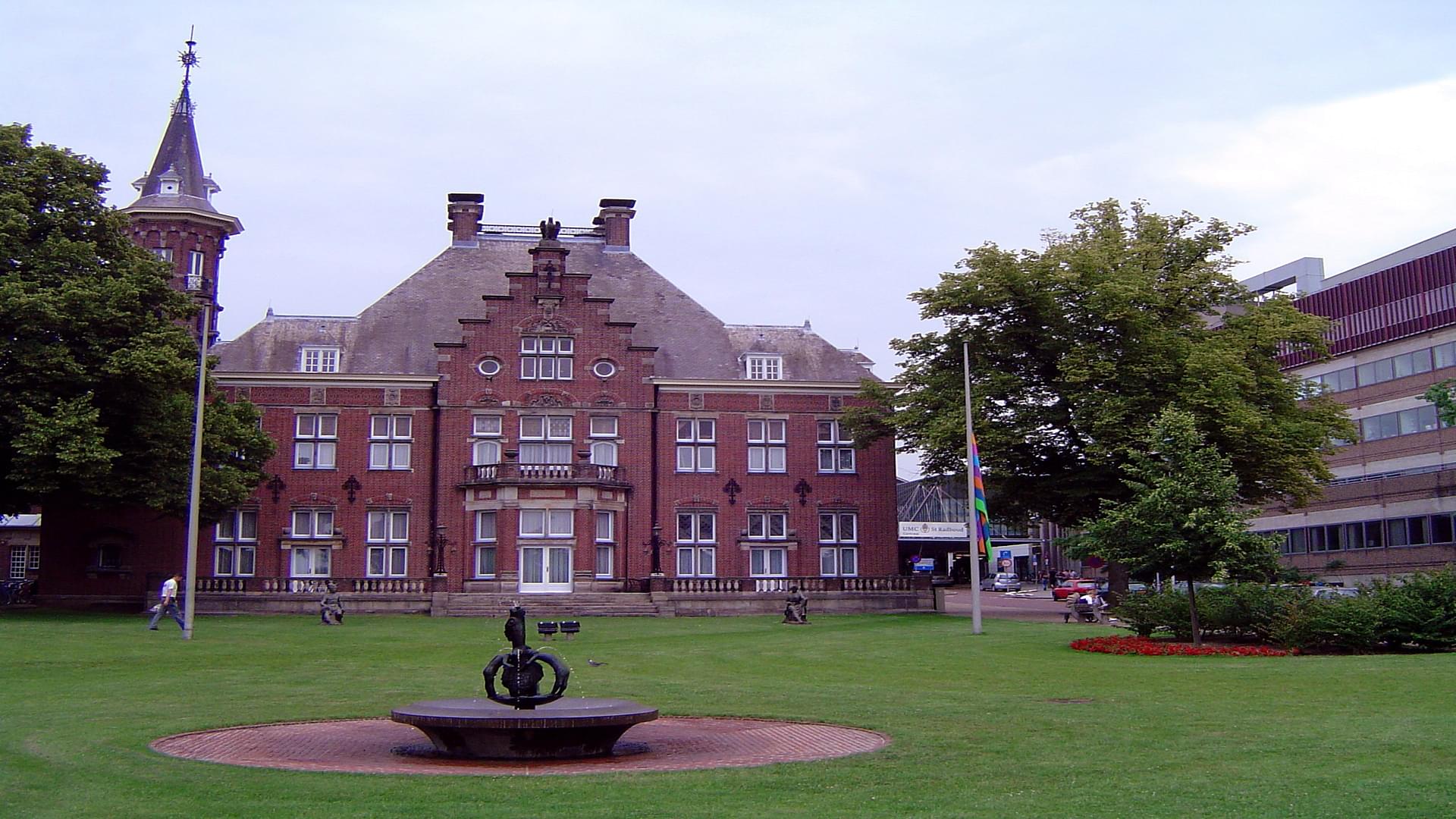 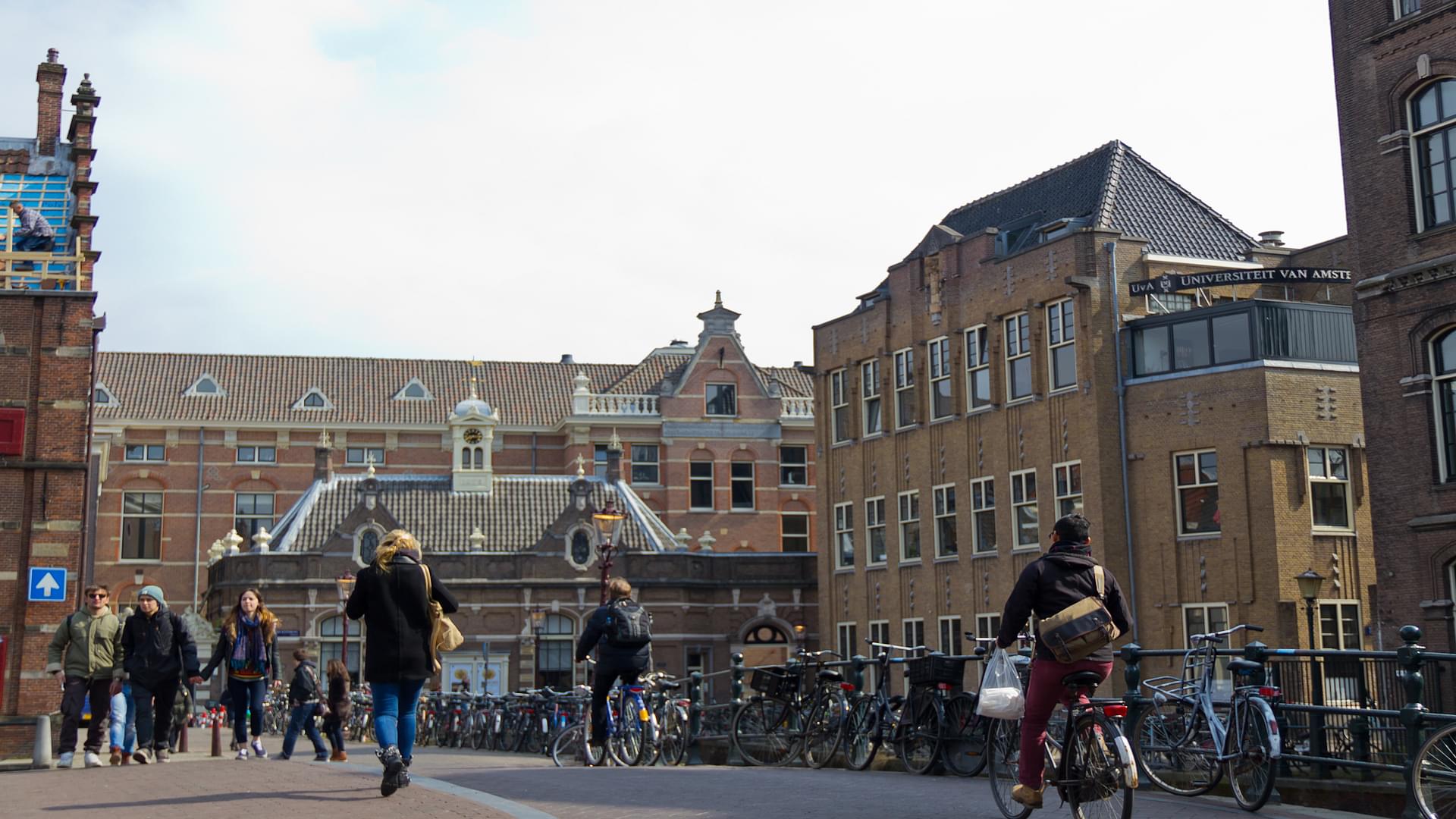 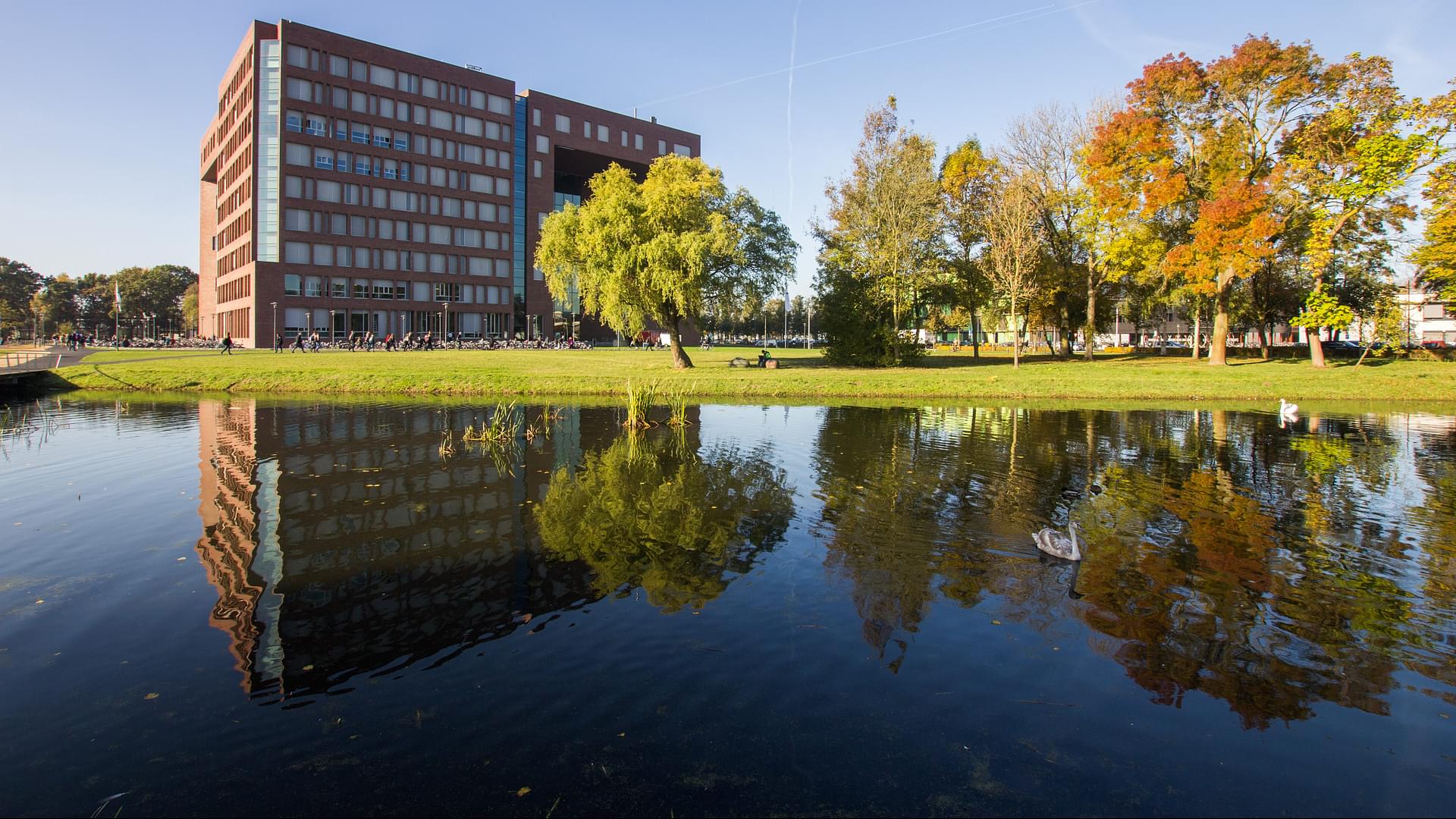 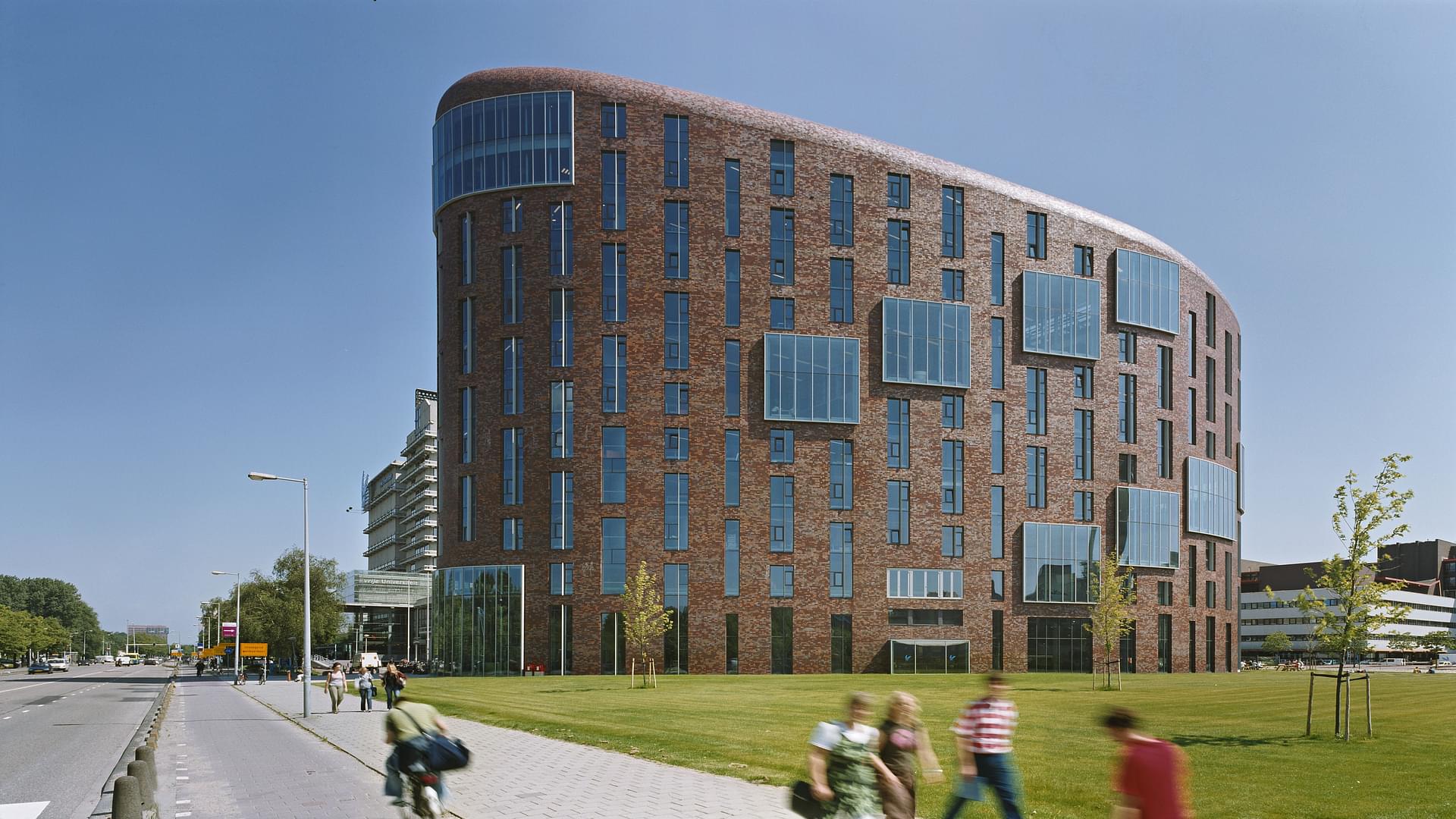 Have Plans to Study in Netherlands?

see all colleges in netherlands

The Netherlands was the first non-native English speaking country to offer English language programs to its students. There are over 2,100 English language programs currently running with colleges/universities in Netherlands. From the 27+ listed institutions, 13 are recognized globally and are ranked among the top 2% of world universities. The quality education in the Netherlands does not come at a sky-rocketing price. Education here is affordable and if you still find it difficult to fund your studies, there are a variety of scholarships available to study in Netherlands.

Why Study in Netherlands?

The Netherlands is a welcoming nation with open-minded and tolerant people. A melting pot for diverse cultures, Netherlands is also considered one of the safest student destinations. With boat ride trips to lakes and canals, moderate climate, a view of woods, and lazy weekends on the beachside, we may say, why not study in Netherlands. Let us dive into the nitty-gritty of what makes the Netherlands a popular study destination among international students to find out what all is there to be offered:

Where to Study in Netherlands?

Higher education in the Netherlands is known for its quality and aesthetics. To find out more about where to study in Holland, one must take a brief overview of the Dutch education system, institutions, degrees, study programs, and popular student cities.

Broadly categorized into- Research Universities, Universities of Applied Sciences, Institutes for International Education, University Colleges and other institutions are the major higher education providers in the Netherlands. Some of the popular universities that make it to the QS and Times Higher Education Rankings are:

Popular Student Cities in the Netherlands

It is fairly easy to see and explore the range of rural and urban locations that the Netherlands offers. Though the country has emerged as a popular and well-established study destination for international students, some of the cities in the country yet experience the major student load. The popular one’s among these are:

What to Study in Netherlands

From Associate degrees to Ph.D.s, the Dutch education system offers you plenty of programs to study. The hierarchy of postsecondary programs offered at institutions in the Netherlands are as follows:

Applying to Study in Netherlands

There are two systems through which you can make your admission applications for studying in the Netherlands. You can either apply directly through the institute or apply through Studienlink- an online centralized application portal. The choice of program and institution decides how the applications will be sent in. In some cases, international students are also required to use the combination of the two to apply for their choice of the institute.

Generally, the deadline for universities in the Netherlands is May 1, but this may vary for some programs. Applicants are suggested to tally the deadlines of their program through the official website of the university. For Numerus Fixus programs the application deadline is January 15.

Numerus Fixus Programs: Certain programs that have a limited number of seats available. For these programs, the selection and admission process varies. You can confirm whether your program is under numerus fixus or not through the official webpage of the college/university.

Admission Requirements to Study in Holland

For the level of study, you wish to complete in the Netherlands, you will be required to provide proof of previous education equivalent to the Dutch education system. For Indian secondary school and high school qualifications, their Dutch equivalents have been mentioned below:

For students from non-native English speaking nations, English language proficiency test scores are required that are:

The requirements may vary depending on the program and institution but for most programs, the minimum test requirements are as mentioned-above.

As soon as you enroll in a program, the host institution contacts for beginning the application for Netherlands student visa process. In case, the institution does not contact the student, you can contact the international office for help as for a student visa for the Netherlands, your host institution needs to start the basic application process. If you wish to stay in the Netherlands for more than 90 days of study, you will need an entry visa (MVV) and a residence permit (VVR). As soon as your host institution is sent a letter of approval from the immigration services, you can begin the process of applying for the MVV at the embassy in your home country.

Getting the Entry Student Visa to Netherlands (MVV)

The residence permit takes 2 weeks to get ready after a positive decision. A letter is sent to the university indicating that letter is ready. International students are required to book an appointment with the Immigration Department at the desk stated in the letter to collect the residence permit. Any anomaly or incorrect information can also be corrected at that time.

Cost of Studying in Netherlands

Tuition Fees for Studying in the Netherlands

The average tuition fees for a non-EU student pursuing education in the Netherlands are:

Though the cost of pursuing MBA may seem high, it is the lowest as compared to UK, USA, Australia, and Canada.

Want to find out the exact amount of the course? Find the database.

Cost of Living in Netherlands

A student spends an average of 800 to 1100 Euros a month while studying in the Netherlands. Based on your lifestyle choices, university, location of housing, and other similar factors, the costs involved will vary. Given below are the basic costs an international student must be aware of before planning their education abroad.

Scholarships to Study in Netherlands

Some of the popular scholarships to study in Netherlands are listed below:

In case you do not find a scholarship to study in Netherlands you can work part-time on your residence permit for up to 16 hours per week. Work-Study in the Netherlands allows you to earn as much as 600 Euros/month.

After Studying in Netherlands

The Dutch government and Nuffic put in their best foot forward by offering students to settle and work in the Netherlands through their orientation year. It is aimed at retaining the foreign talent for the Dutch labor market. The orientation year lasts for 1 year and you can apply for the same within three years of graduating.

The pay scale offered to graduates from Netherland Universities is really high. Some of the top universities and their highest payscale recorded for pervious years is depicted below:

The average yearly salaries recrorded across the country are around 58,000 Euros. The country is an attractive study abroad destination because of its 96% employment rate. Almost, 84% of the international students get placed before the completion of their degree in the Netherlands. The salary range depends upon level of education and field of study and pursuing M.sc in the field of engineering or technology may help you earn up to 75,000 USD.

A salary trend report suggests that there has been an increase of 4% of the average annual salaries in Netherlands from 2016-17, a further rise of 3% is observed from 17-18. Similarly, another 3% rise has been observed over 2018-19 in the average salaries offered in the Netherlands.

All these things together make-up the Netherlands one of the most attractive and upcoming student countries. The international student crowd chooses to study with nations that alongside offering excellent education can help them settle abroad. Netherlands is one such country that will welcome a professional with open arms and offer them opportunities equally to the national residents of the country.