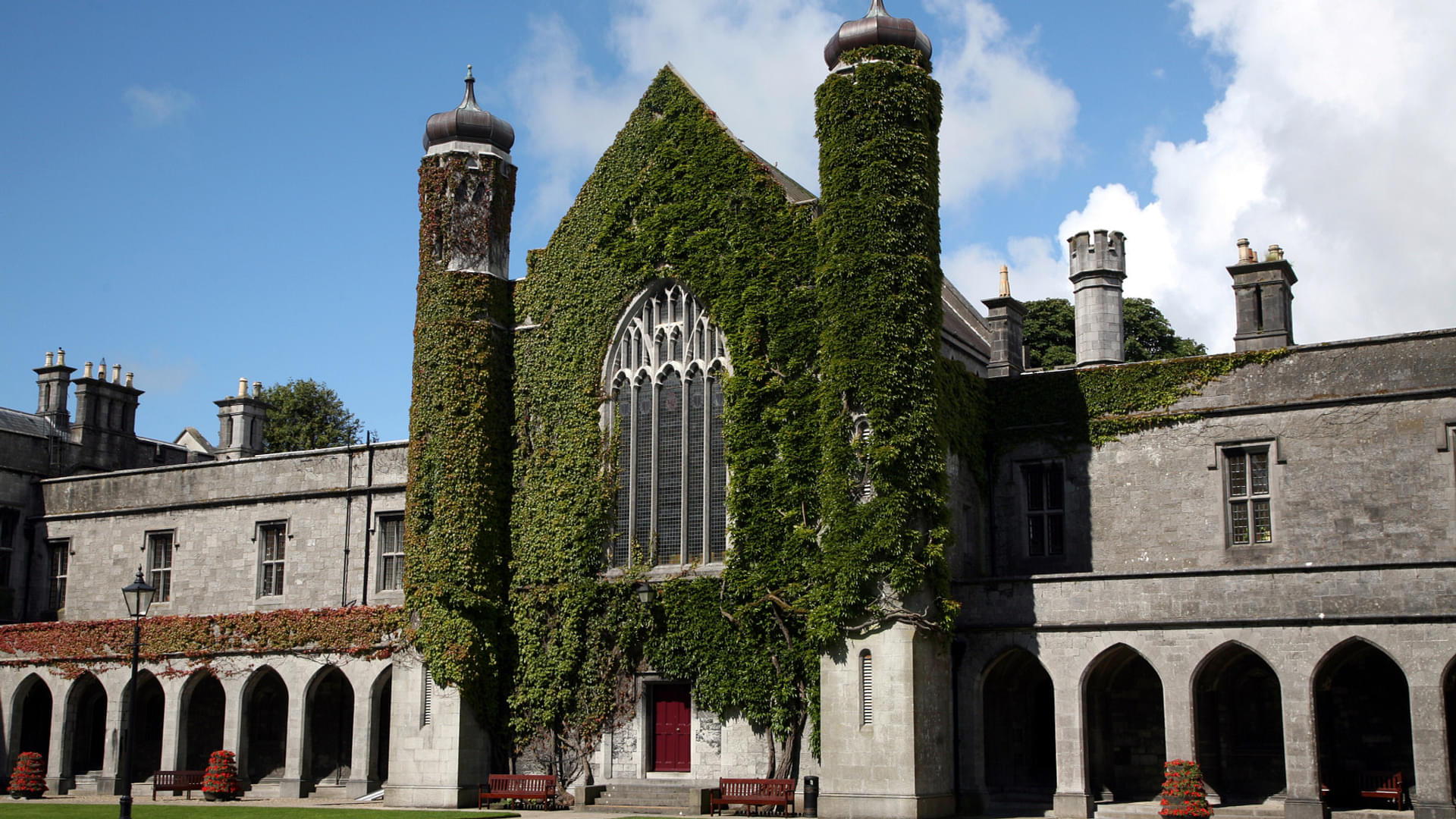 Have Plans to Study in Ireland?

see all colleges in ireland

One of the predominantly English-speaking European countries, Ireland is the 6th most competitive world economy that is quickly becoming the go-to destination for studying abroad. Currently, more than 44,000 international students from over 160 countries across the globe form the student population at higher education levels in the country (2020). With an enrollment rate of nearly 78%, it is a proud parent to the world's top 3% of universities in Ireland.

With more than 5,000 courses to choose from, international applicants from diverse corners rush to Ireland to be part of the world's 20th best education system. The country has deservingly made itself recognized in the list of top countries for studying abroad like Canada, UK, USA, and Germany. India was among the second-largest senders of international students in Ireland after China (3,000). The affordability of education in this European nation is what attracts students from across the world.

Explore Cost of Living in Ireland as International Students!

Renowned for its innovative research, rich culture, and friendly, Ireland is one of the fastest-growing economies with a high employment rate of over 90%. As per the recent employment reports, about 2.3 million people were employed in the country in the last quarter of 2019. Its gradually decreasing unemployment rate is yet another feather to its cap that ensures a great deal of promise for international aspirants seeking to study in Ireland.

Since Ireland has some of the most prestigious institutes to its credit offering an array of programs at almost every possible level of education, it becomes highly important to ensure you find your perfect university and course match when looking to study abroad.

To help with the process, we have compiled a list of the top universities in the country along with their corresponding rankings and student population statistics.

Some of the top universities in the country along with their enrollment statistics are depicted in the graph below.

What to study in Ireland?

Discussed below are some of the top courses that you can look forward to study when planning to pursue higher education with Irish universities.

Top Courses to Study in Ireland

Popular master's degrees and the perfect institute for the program that is highly popular among international students are mentioned as follows:

The pictorial representation of international students across various fields of education available in the country is as below.

Other Popular Courses to Study in Ireland

Why Study in Ireland?

Honored as #16 happiest countries to live in across the globe, Ireland is a growing economy that welcomes students from over 160 countries for higher education. The reasons for such a strong fascination for the nation vary from it being a majority English-speaking European Nation with globally-acknowledged Irish institutes and curriculum to the generally welcoming nature of Irish people that helps one feel at home instantly and whatnot.

If you are an international applicant seeking to study in the country, some essential points that you might want to take into consideration are as follows:

How to Study in Ireland: Application Process

If you have decided to plan your application to enroll in an institute in Ireland, it is highly recommended to plan well and go through the process step-by-step to ensure no detail is missed out. For ease of planning, an application process for the same is as compiled below.

Basic information regarding the admission process and eligibility requirements are as tabulated below.

When to study in Ireland: Application Cycle

The University education system of Ireland is divided into 3 semesters that is usually observed by almost all the institutes in the country. The deadlines and process of the application might vary for some organizations. The common application cycle along with corresponding details are as mentioned below.

When seeking to study abroad, one of the major steps that need major planning and sorting is the expenses that must be met to survive in a foreign land. While an average amount of 11,500 to 25,000 EUR per semester is the estimated cost for living in Ireland, the exact expenses may vary depending on the choice of your program, university and city you live in.

To help aid the process of financial planning, an estimated budget and distribution of expenses are as compiled below.

How much does it cost to study abroad in Ireland?

The major distribution of the fee as per the level of program and type of institute is as follows:

Ireland has a range of prestigious and affordable institutes to its credit. Some of the affordable organizations in the country include University of Limerick, University College Cork, Cork Institute of Technology, St. Patrick’s College, among others. The basic tuition fee for the reputed institutes in the nation is tabulated below.

Some of the popular streams and their corresponding tuition fee common to most of the universities in Ireland is depicted in the graph below.

Cost of Living in Ireland

The expenses comprising this category vary tremendously depending on the student's lifestyle and the city one chooses to stay in. However, the average cost that you can expect to incur while studying in the country is as detailed below.

How to Study in Ireland with Scholarships?

Ireland offers a range of awards and scholarships for international students to help fund their education in the country. The awards are provided at all levels of education including graduation, post-graduation, masters and research programs to applicants of over 160 countries.

To fund your education in the country, we have compiled a list of few common scholarships to study in Ireland for international students along with their corresponding details.

Jobs after Studying in Ireland

Ireland as a country offers endless job opportunities for its graduates which is evident in its low unemployment rate as discussed above. While COVID-19 has greatly impacted the Irish economy and has increased its unemployment rate to nearly 26%, the fact that the nation has been taking the right measures to sort the issue at hand promises hope for the students across all streams.

With over 33% of the population under the age of 25 years, Ireland has the youngest population in Europe which reflects great growth rates for the industries in the country in the near future. The population is also expected to increase by almost 1 million people to 5.75 million by the end of 2040.

Some of the statistics for the last 2 years related to employment opportunities in the country are as mentioned below.

If segregated broadly, the majority of the population in Ireland is engaged under 3 sectors of Agriculture (4.62%), Industries (18.7%) and Services (76.68%). Under the services sector, the streams and graduates ending up with the highest salaries included Law, Finance, Management, IT and Engineering. An estimated expected salary of graduates of different streams is picturized as follows:

The prospects after studying in Ireland for international students are vast. Some of the top job roles available to an international graduate in Ireland are discussed below along with the salary packages offered:

In the conclusion section, Ireland being a majorly English-speaking European economy is a package deal for international students to study overseas. From 22 globally reputed universities, 5,000 courses, 2-year stay back, PR in just 2 years, the hassle-free application process, scenic beauty, warm climate to embracing nature of Irish people, the country has an endless list of merits to its credit.

The increasing employment opportunities and attraction of big industries towards the country work as a cherry on the top for Ireland which is becoming a huge fascination for international students of Indian and other South Asian countries. Thus, if you are a prospective candidate looking to study abroad, we highly recommend you to add Ireland as the emerging destination for higher education overseas to your list of favorites.